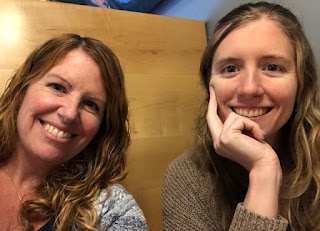 It's this girl's birthday! My oldest daughter,Emily, whom I am so very proud of.

Emily is a smart girl. She graduated third in her class, took a 6 month trip to Salem before she went to college, then a one year stint in Norway after graduating and working for a year. She worked for ten years on the floor in critical care/ICU at the big hospital in the city, while continuing her schooling. She now works in patient care in a doctor's office, as a nurse Practitioner, and you would be very lucky to have an appointment with her.

Growing up as the oldest child in a big family cannot have been easy. She was a reader, and used to go out and climb a tree, stealthily, to get some peace and quiet. The younger kids loved her, because she was an adventurer. All these years, she has kept that up. Their latest adventure was a trip to Winnipeg over Thanksgiving weekend. They got snowed in there for an extra day, walked a few hours in the snow and cold, to a theater, where they watched the new Frozen movie.

Anyway, she is celebrating a birthday, and I am invited to her house for dinner. I said I'd make dessert. 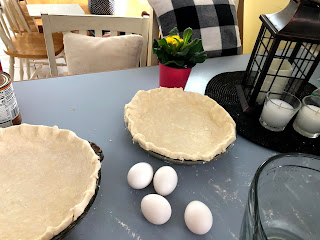 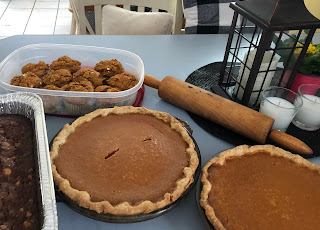 Peanut butter chip brownies, which will be frosted with peanut butter frosting AND a layer of chocolate frosting, and some pumpkin muffins.

So let's just say it smells heavenly in here. 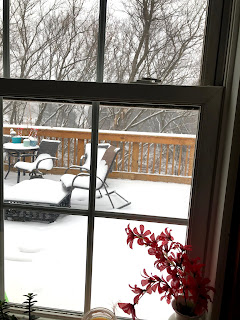 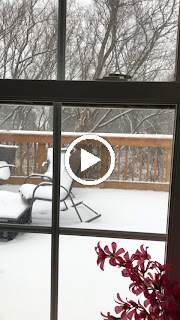 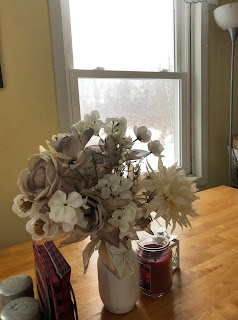 Now I just hope the snow eases up enough for me to drive the five miles into town later, for her celebration.

And then again at midnight for a trip to the airport to pick up Evelyn.

We stayed up late last night and watched Catching Fire, today we are watching Mockingjay, Part I. It's so cozy and comfy, but...we have to go out before it gets dark and shovel out the driveway.

For now, I'll sip my coffee and watch this movie with the girls...
Posted by 16 blessings'mom at 2:59 PM

Happy Birthday to your firstborn.
Your special desserts look heavenly!!
We had a more icy than snowy day today, so I was inside quite cozy myself.
Flynn and I love the Hunger Game movies!!!!!
Have a lovely Sunday, my friend.

Hi Della and I hope the birthday dinner went well for Emily. Your desserts look delicious. I would love your pastry recipe. I have to use GF flour and I think you said one time you use butter .....is that right? I wonder how that would work with the GF flour. I haven’t had much luck with pastry so far 😟 Hopefully the weather was good for your trip to Emily’s and the airport. Gosh, shocking amounts of snow on that side of the continent! Newfoundland/Labrador have feet of snow!! Lovely and sunny here today and -18C! Getting better every day. You have a great day.