around the bend's not so bad...

Lydia is almost three, and she doesn't care much what other people think. She sang her little heart out the other day when we were shopping, she can sing, "Twinkle Twinkle Little Star" on a loop, so that it really never ends. She stopped abruptly and wanted me to sing. "Grandma, you sing!" So I did. My teenagers didn't even seem fazed. (We should all be like Lydia.)

So, tomorrow, camping!!!! It's only three nights, but my goody-good-goodness, you still need to bring a ton of stuff! Towels, frying pans, matches, mugs, Jiffy pop, chairs, bedding, five tents (Ben is bringing his own). Air mattresses and a dishpan and soap, washcloths, plates, instant oatmeal, eggs, bacon...I bought six pounds of bacon, for two mornings. I have an almost 9 pound pork roast in the crock pot right now, when it's done, it'll be baggy-ed up, frozen, and warmed up on a large aluminum pan over the fire on Saturday night. We made 25 burger patties yesterday and froze them, and we're having hot dogs and coneys on Friday. We're making a pasta salad today, and bringing that to have with the hot dogs. We have pancake mix and syrup, and those awful cup-of-ramen noodles that the kids love that I never buy except for things like camping. Coffee and tea and cocoa and and and. Marshmallows. Twizzlers. 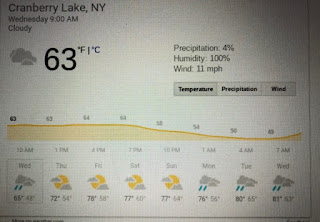 I've been checking the weather daily, and oh my it looks nice! We're leaving bright and early tomorrow morning (Thursday), and no rain is in the forecast! We have had rainy vacations there before, and twenty people crowded under an awning is not fun. Well, it's sort of fun. 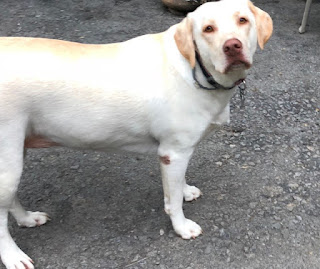 And Sunny, because she's cute. 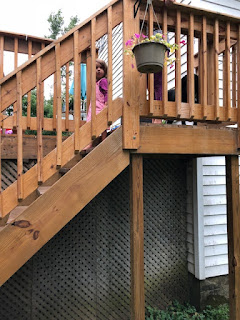 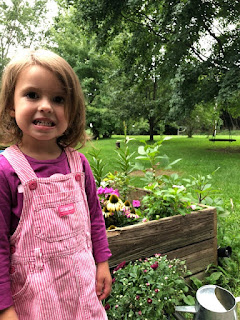 Because she's cute...the Osh-Kosh jumper is one my own little girls wore...

Today is packing day, then at 3:15, it's time to go to the Amphitheater, ugh. I do NOT WANT TO WORK today. But I signed up, and am not going to back out. I won't get home until midnight, and I'm old, ha. It does kick my butt. But it's fun too.

Kathryn, Evelyn, and Suzanne are here talking, so off I go to join them...coffee, and solving the world's problems!

Little Lydia is gorgeous........we should all be as spontaneous as she is! We are getting horrible smoke again today 😣 I just got back from a week in the Okanagan, BC, with my daughter and the smoke from the forrest fires in BC was so bad the race she was to be in was cancelled. It was 11+ for the smoke. Absolutely vile. Soot everywhere 😖😖😖. There are over 500 fires burning in BC and the smoke is blowing over here to Alberta...also into Washington State. I have asthma so this is doubly awful. So.............your weather is looking great for your trip. ENJOY!!