going on that walk in the morning... 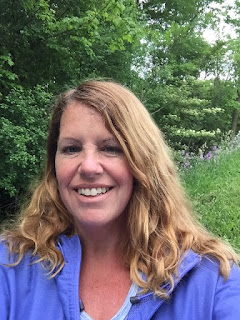 I like to take my morning walk for a few reasons, but mostly because it sets the day up with a feeling of accomplishment. I walk because it clears my head. I don't take music, I just think about things. I like the thought that it helps burn calories, and that when I am consistent with it, it gets easier.

This fine day started at 5:50 again, driving Paul to work because the smashed up van is still in the shop, the adjuster cannot even look at it until Monday, wah. I will be picking up a rental car today though, which is fine with me, I don't mind driving a nice new car for a week. The other minivan is still in the shop too, I brought it in yesterday for an inspection after the truck was finished, and it's still there. So today I have to pick that up, hopefully pick up the rental car, and pick Paul up from work. I got home from driving him there at 6:50, then helped the three high school girls pack up lunches, and talked to them while they got ready...then my walk.

Our refrigerator saga continues...I have to call them AGAIN, because it still isn't working, it's 50 degrees in there. It's frustrating because I went shopping and bought more refrigerator items, finally, and now they're getting too warm. I just want a b refrigerator that works, without all this drama. You pay a thousand bucks, and have this go on and on and on...blah.

Yesterday I drove to the auto place in town a few times (dropped off the truck, picked it up and dropped off the van, then drove there to pick up the van but it wasn't ready yet...), then in the afternoon, went to pick up Sonja from school for her orthopedic appointment. Samuel and Jonathan came along too, the truck fits four. The appointment went how I suspected it would go...she needs surgery again. There is still a piece of something floating behind the kneecap, eroding the cartilage there, and causing pain and damage. So the first week in July, that's what we'll be doing.

We went to Walmart afterward because Sam needed something for his car, which he is trying to get on the road. I just puttered around, bought some of those little Cutie oranges the kids love for lunches, bagels, crackers, and a few 88 cent dish towels. I love/hate Walmart. I love the variety of stuff, the low prices, but the way they make money hand over fist, while employing only minimal cashiers, making customers line up and wait to scan their own items, ugh. I hate that they caused so many American factories to shut down while building factories in China. The employees in our local Walmart are really nice, have been there forever. I like that I can go there and get everything from dog chow to almonds to new socks, while getting tires on the van.

Then home to drop off Sam, Sonja, and Jon, then pick Paul up from work...

Anyway. I dread making the appliance store phone call, I don't like making phone calls. I don't like dealing with this refrigerator stuff, but I have to.

Here's something happy though: our Adirondack vacation is coming up soon! All 16 kids will be there for most of the week!!!

Hi Della,
I just looked up some reviews on the Samsung refrigerator and if you click on the link above you will see that you are certainly not alone with problems. I would think at this point they would provide you with a new appliance but I guess they are not so generous.
Very proud of you for your consistent walking!

I hear you about the appliance drama. I had an issue with a very expensive washing machine a few years back and they eventually wouldn't even honor the warranty (that I paid extra for) because it had to be fixed so many times. I truly think they should just have a "lemon law" for appliances that fail on you (due to no fault of yours) over and over. Just face that it's a lemon of an appliance and replace it with another new one. Write it off....seems simple to me. As it is, I will never buy another washer of that brand again - even though my first one lasted 22 years and I was the ultimate cheerleader for that brand before this happened.

I can not believe that you are still having refrigerator problems. It seems as though it will never be fixed. You are right that you spend thousands and still problems. We rarely buy new appliances for that reason. I expect to have something happen with a used one.

Can't believe that you are still having problems with that refrigerator.