me and my big plans...ha

I was just telling someone yesterday that with 16 kids, I have learned the art of going with the flow, mostly. Not a whole lot surprises me anymore, and I know that plans are not written in stone. In fact, I have a hard time committing to things because there are so many variables! 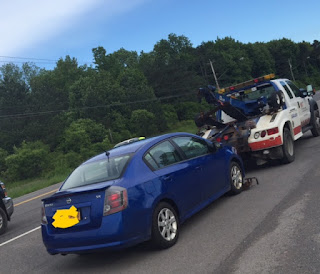 In fact the other day, after pulling in the driveway from picking Paul up from work, you know, we're down a minivan, ect., and Abigail called....her car had stalled as she was leaving work...the engine light went on, so she decided not to take the big highway...then the car decided not to drive at all...so, I went and picked her up, and the tow truck took her car to the magical place that takes all of our money, ha. 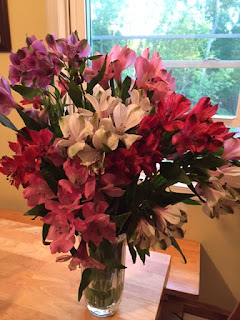 The next day, she bought me these:)

And yay for sisters, because Emily let her drive her car to work, as she had the day off...and that was Friday. Evelyn texted me from school, shh, and asked me to please please pick her up. I was fiddling with the idea of the grocery store anyway, but my refrigerator man was coming over, I think he just likes us. Sam and Jonathan said they were fine to talk to him if he came before we got back, so I got Ev from school, picked up Emily, we got coffee and free donuts... 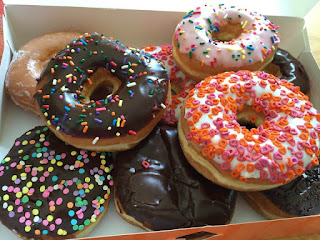 We went to Target, and I finally got a new firepit! I agonized over it, they're the kind of thing I see on clearance when I don't need one, and then are pricey when our old one burns through. So...I got one.

Price Chopper had sirloin steak on sale for $2.99 a pound, so I bought some of that..even if the 'fridge didn't get fixed, I was grilling that on Friday night...a little bit of onion powder, some freshly ground pepper, and a lemon, squeezed on it while the first side grilled...I also cut up watermelon and cantaloupe and strawberries...Evelyn and I made red skinned mashed potatoes, and a big salad with radishes from the garden. 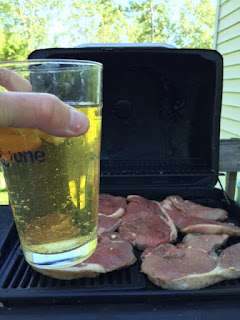 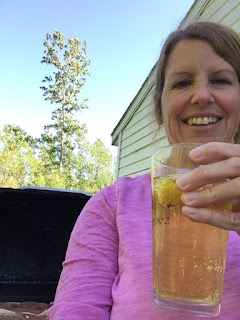 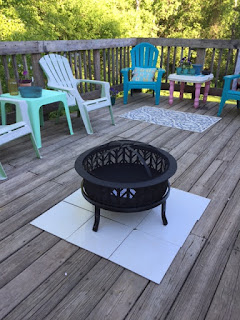 Anyway. The refrigerator works again. The fan was rubbing, causing it to turn off. He adjusted it, and suggested I get in contact with Samsung and let them know what's been going on, which I already have been. I didn't point out that the lady who answers the phone and scheduled this very guy's visits told me that Samsung already knows what's going on, and wouldn't email me any repair records. The guy also assured me that, "Samsung doesn't care.", and I aim to change that!

So...Saturday was a blank slate for me...I was going to help Paul in the garden, and had possible plans go on a wine tour. Then I was needed to drive the younger kids' group on an Activity Club end of the year celebration trip. I don't know how it happened, but I said yes, and I had fun! Three other adults and I had four boys and four girls...we walked along the water, they played in it, we walked to the falls, we walked back and had a picnic, they played on the playground, we stopped for ice cream, then I drove kids home...what a nice day! I didn't get home until like six in the evening, after leaving the house at 9:30 a.m. 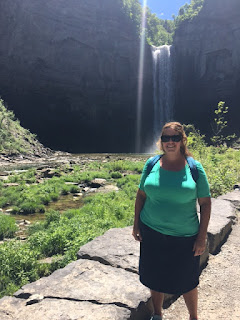 I was super thankful that my mother-in-law had gotten us a big panful of barbecued chicken halves from a local church's fundraiser. I didn't have to make dinner, plus the chicken was absolutely delicious.

Anyway, my plans changed Saturday, but two of the little girls on that trip were Char and Cam. And the other kids are sweet and amusing and had so much fun.

This fine morning...I woke up early so I could sit here and write in the quiet, because it's been a few days. Well. Ha. 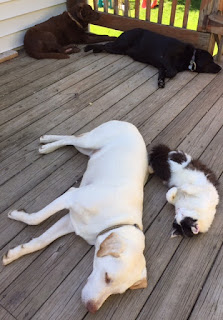 We have pets. Most of the time, I love having pets. But when you wake up in the morning and the garbage can is tipped over, empty ice cream containers and coffee grounds and chicken bones...all over the kitchen AND living room, they had quite the party! Then I let them out and start cleaning it up, thinking of the ticking clock, how we are leaving for church soon, and I have to get this all cleaned up before I can make coffee and blog...then when I've finished and let the dogs in, only two are there...I go out and investigate, and the little terrors have tipped a can over outside too! I grabbed an empty Target bag to scoop it all back up and back into the can, but yuck and rrr.

After they were fed and watered and pet, and the kitties fed...I got to sit here. But not for long this fine morning...

The kittens are roly-poly and adorable, and are finding new homes this week. Emily is taking one of them and the other two are spoken for, one already left the other day to Suzanne's friend from school. Perhaps this time we'll get Miss Kettler "fixed" before this happens again. Sunny's getting spayed soon. Puppies and kitties are pricey, too. But most of the time they're really worth it. Most of the time.