what REALLY bugs me...

....bugs.  I hate them.  I have to be brave, because I'm the mom, and I try so hard to be a good example.  We have these creatures here now that are not native to the U.S.A., they are something out of a nightmare, the stinkbug. 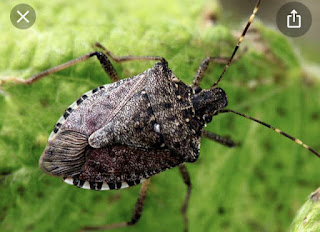 Does that give you the same creepy crawlies as it does me?  I HATE them.    I despise them.  I cringe at the thought of them.  I am writing about them instead of going to therapy.  Camille is even worse, so I try to restrain the freak-outs.  We were going out and about the other day, and I asked her if I could tell her just ONE bug story, just to get it out of my system.  So I told her about being in bed and feeling something crawling on my leg...then she said she would tell me just one, too.  Remember the other day when I flicked something out of your hair...?  I could have screamed when she told me that one.

So this fine morning, I decided to start thinking about what to bring on my weekend away with the girls.  I have a jean jacket that I haven't worn in a few months, hanging on the hooks on the back of a door, so I thought I'd try it with a dress I was considering.  I was smart enough to shake it first, and oh my good gracious, SIX of them fell out.  I about hyperventilated.  But I had to think fast, and get the toilet paper and pick them up and flush them.  They are son-of-a-guns, they try to swim up the edges of the toilet, I even sprayed bleach bathroom cleaner on them, and they just liked it.  So I flushed them, HA.

But the damage was done, they terrorized me.  I got a hold of myself, gathered the pile of clothes I decided to bring, and since I haven't worn some of them since last winter/late spring, I decided just to wash them all...as I was stuffing them into the washing machine, I felt something crawling on my leg, and yes, another one.  I am shuddering here.  I know, I am once again a Drama Queen, and I'll live, I'll survive, but I hate them!  Once you have that suspicious feeling that they're landing on you everywhere....ugh.

But we won't talk about that anymore, although I do spy one right now and will be certainly getting the vacuum cleaner out as soon as I'm finished blogging... 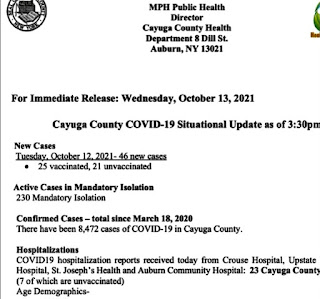 The numbers!  We all admit freely that vaccinated people are getting Covid just as much as the un, but even more so!  But, they say, they aren't getting as sick, aren't dying of it.  Well the numbers are saying different!!!!  Unfortunately, there are 23 hospitalized from my county, and SIXTEEN ARE VACCINATED, OUT OF 23!  ONLY 7 UNVAX-ED! 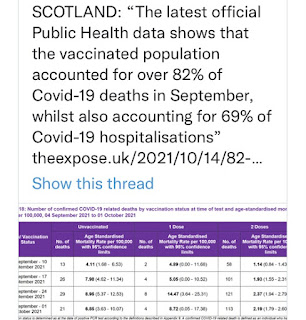 Again, I am not anti-vax, but I AM anti-being-told-what-to-do ha. 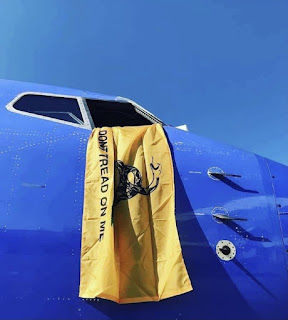 Anyway, our dinner turned out yum-a-licious.  The tart apples in the cinnamon sweetened applesauce, and the roasted pork, the squash was almost caramelized, the Brussel sprouts, mmm.  Abigail joined us, then took home food for Emily and Mariel. 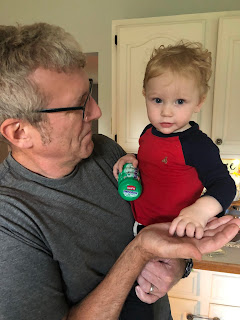 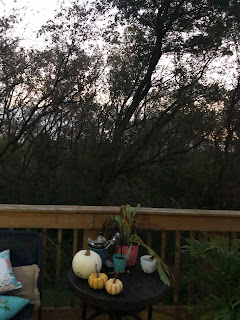 The sky was lovely this morning when I got up...I woke at five and couldn't fall back to sleep, oh well.  Have an absolutely wonderful day!

Eeeeeeeeewwwwwwww………..Della they are disgusting aren’t they??? 😵‍💫😵‍💫😵‍💫😵‍💫 I also hate creepy crawlers and I’m from Australia …the land of creepy crawlers!! Not really, but they do have a few. I could tell you some real creepy bug stories , but I won’t… just this one. Last time we were there a huge cockroach about 3” long, appeared on the bathroom counter and you can’t kill those things with your slipper!! They have been around for millions of years apparently so are pretty resistant 😬😬We really battered to it death to with a shoe and flushed it 😵‍💫😵‍💫😵‍💫 Makes your hair stand up doesn’t it? 😬 Your supper sounds wonderful and I too LOVE butternut squash roasted in the oven………mmmmmmmmmm!! And sprouts too. And roasted yams are so good too. I think root veggies in general are good roasted. You have an amazing weekend away with your girls and post some photos. Enjoy!!

MARILYN!!!! Omg!! My daughter lives in Australia, (which is a beautiful place!) and she has some stories as well! I plan on visiting at some point, but I suffer from the fear of sp!d3rs😬, in a big way. I can't even think about it!! Do you still have your Aussie accent?! I love hearing my grandchildren talk😍😍😍😍

Cute picture of grandpa and Tennyson! I don't like bugs either but they don't freak me out. I can squash them and get one with whatever I was doing. Florida has lots of bugs. xo

Hi Cheryl! I’ve heard Della mention your daughter is in Oz. I’m from Sydney and left in 1964 just shy of my 21st birthday. Apparently I do still have some of my accent and when in Oz they think I sound Canadian……..so I’m left with a bit of a mixed up accent 😵‍💫😵‍💫😵‍💫 Please visit your daughter! It is a truly beautiful, fascinating and fabulous place and the people are super friendly and lovely ☺️

P.S. I am not anti vax either, but I refuse to be told or ordered to get the vax to keep on working, period. So Un Constitutional, period. ANYWAYS, I so agree on the bugs. ewwwwwwwwwww

Thank you, Marilyn!! She’s very close to Sydney, too!! I plan on visiting, for sure! How about that plane ride, though? Survivable? 😂😳

Cheryl……the plane ride is long especially from where you are! If you can afford it go economy plus for the long leg. Much more room in the seats Instead of 3 seats across it’s only 2 and ask for the bulkhead seats. TONS of leg room. I wouldn’t go any other way. It’s 14 hours from LA to Sydney 😵‍💫😵‍💫😵‍💫😵‍💫😵‍💫 Fly Qantas of Cathay Pacific………2 good ones.

I had a stink bug crawl up my leg once, and another time one fell into my shirt and was in my bra. So, needless to say, when I see them anywhere I FREAK out!