You go to the dr., to get it over with, because you hate going to the dr., then next thing you know you have to go to MORE dr. appointments, because mammogram, women's health, colonoscopy...dang.  Now I have more things to procrastinate about.  The secretary at the dr. office usually just makes the appointments, but today, she said she could make the calls if I WANT her to...I have teenagers, I know when someone doesn't want to do something.  I also knew as soon as No problem, I can call came out of my mouth, that I'd have some new phone calls to procrastinate about making.

The appointment went well though, I only had two dollars with me so I couldn't park in the garage, and thankfully found a good spot on the street which I could drive right into, no parallel parking today.  My blood pressure was 118/80, and my weight...well, can we leave it at this:  I've kept off 70 pounds for 9 years now!  It would have been more, but um, well, you know how it goes.  I actually lost 95 pounds, but....shh, those pounds LOVE me, and are swarming around me, trying to go back on....some sneaked onto my hips, waist, thighs, when I wasn't looking.  I was too busy concentrating on getting all the good goodies in the snack mix I shouldn't have been eating in the first place.

I went to Aldi, all by my lonesome, and got apples, chicken, ground beef, fresh salsa, heavy cream, and a pumpkin spice candle, because it's fall.   I stopped at the bank, filled the car with gas, and then...went home, without getting a coffee while I was out.  I didn't have one before the appointment either, because I didn't want black coffee, and wanted to be fasting for bloodwork, so I didn't have to come back in another day, because...procrastination.

Here's something:  McDonald's was closed.  Why?  I haven't the foggiest, but it was weird.  I sincerely hope it was a power outage or a structural problem, not short staff issues.

Anyway, home...ahh, home.  A nice hot coffee at almost noon, after putting the groceries away. 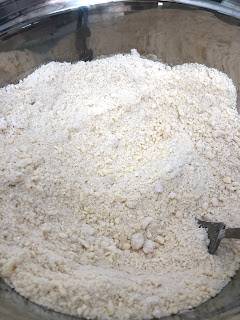 The food processor is simply golden for incorporating that butter into the flour!
The dough is in four disks, in the refrigerator.  The chicken, all cut up, simmering in the broth with cubed potatoes, sliced carrots, chopped celery.  It has to be thickened up, cooled down, and poured into the crusts I haven't rolled out yet. 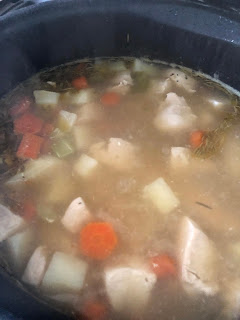 (one of my favorite ingredients in this:  lots of rosemary!)
Last night's dinner was good, chicken breasts roasted, then roasted veggies:  potatoes, carrots, Brussel sprouts, and red peppers. 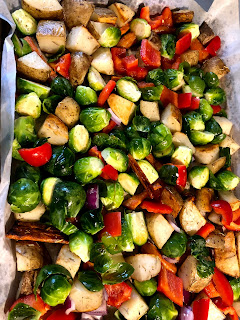 (I brought some over to Emily, Abigail, Mariel, with some chicken, we simply had so much of it, and I had thought someone was coming for dinner and they didn't, so...it didn't go to waste!)
Orange kitty loves the stroller...all day long. 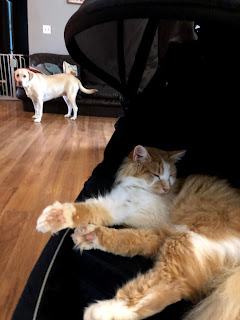 Kettler loves anything soft.  She is such a nice kitty.  Once a few years ago when Suzanne called the vet for her, and they asked what color she was, Suze said, "Trash colored."   So we call her Trash Colored. 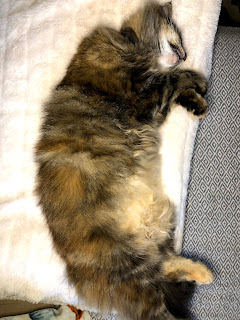 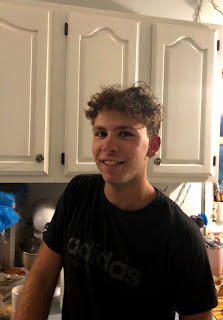 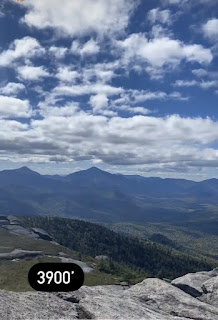 Evelyn is leaving on Saturday, heading to Seattle for a few months.  So it makes sense that she went on an Adirondack hike with Jonathan today, she took this pic from the top of the mountain they climbed.  New York, who knew?
It's time to put those pies together, it smells wonderful in here!

Homemade pot pie! Yum! I can almost smell your kitchen from here! I lost 50 and put 12 back on over this past year. I really need to get that 12 off and another 20. Yep. I get it. I enjoyed my visit here this evening! xo